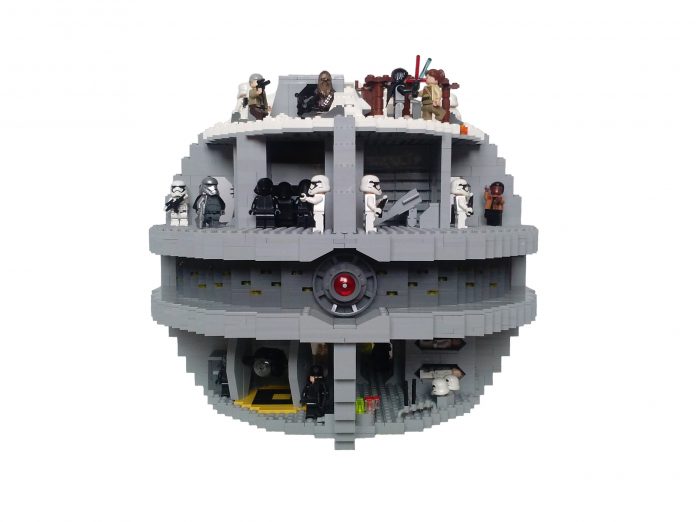 In The Force Awakens, the First Order’s brand new terror weapon is the Starkiller Base. This new super-weapon is an ice planet that was converted into the stronghold of the First Order and has the power to destroy entire star systems with one swift move. It’s basically the equivalent of the Death Star for the younger generations. Keeping this in mind, wouldn’t it make sense that LEGO was to make set out of this?

According to one of our readers who goes by the name of Dan, a LEGO Star Wars UCS Starkiller Base set is actually in the works right now and it scheduled to be released in 2016. Based on what he told us, this new set will be quite massive with roughly 4,000 pieces. There is no word on what the actual set looks like, however, it’s possible to assume two possible routes this set can take. First, this Starkiller base could be a playset that goes along the lines of the 10188 Death Star. The second option is that it is actually a UCS set with a complex design such as the 10143 Death Star II. Hopefully it’s the latter of these two.

From what I can tell, Dan seems to have a reliable source since he was also told about the new UCS Snowspeeder, which we just wrote an article about. That set was confirmed to be real thanks to the Brickset Database. If he was right about one set, then he’s probably right about the other.

Now that I think about it, there’s also a slim chance that this new set might actually be the ‘75159 UCS Death Star’ we talked about earlier this week. That set was listed on the Brickset Database, but perhaps (just perhaps), “Death Star” might actually be a placeholder for “Starkiller Base”. Though unlikely, it’s an idea that crossed my mind.

So there you have it, a brand new rumour about a brand new super-weapon. What are your thoughts on this? Do you think this is true? Let us know on the comments below! We’ll make sure to keep you posted on the latest news regarding this rumour!

We’ll also keep you posted on the latest news in the LEGO community. You can check out Groove Bricks for the updates!