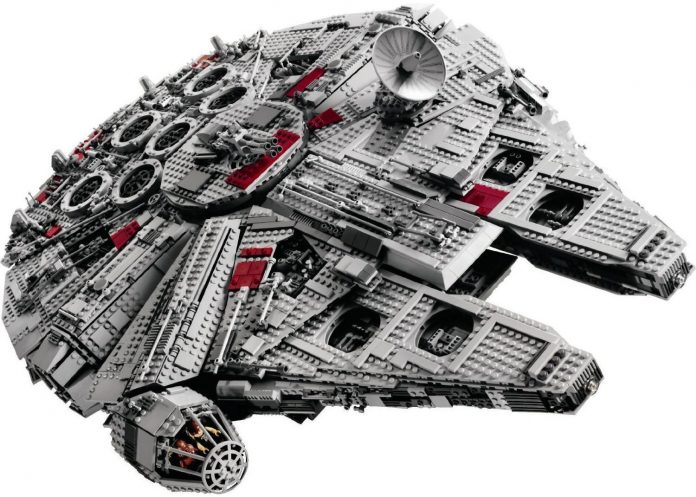 A while back, LEGO revealed the winner of the LEGO Star Wars Dream Bedroom contest with a video that took us on a tour of the room. It is in that video that fans spotted what appeared to be a new UCS Millennium Falcon on the bedroom’s mural. From then on, speculation began to grow and fans created a rumor of a possible re-release or a new version of the UCS Millennium Falcon. Today we have a bit of news from the Bricklink that might provide us with more information to support this rumor.

Over on Bricklink, akunthita posted a message where she stated that she had come in contact with a very reliable source from Denmark that told her we would be seeing either a re-release of the 10179 UCS Millennium Falcon or a completely new version of the set. She went on and stated that this possible new set is probably going to be released later this year or early 2015. I personally think this would be a smart move from behalf of LEGO since many fans are eager to get their hands on the UCS Millennium Falcon. Some are even paying over $2,000 USD for sealed sets. However, keep in mind that these are just rumors and nothing is official yet!

What do you think about this? Is this rumor true? Would you like a new UCS Millennium Falcon? Let us know on the comments below!

If you’re crazy about LEGO, and you want to be updated with the LEGO community, don’t miss out on our latest LEGO news at Groove Bricks!