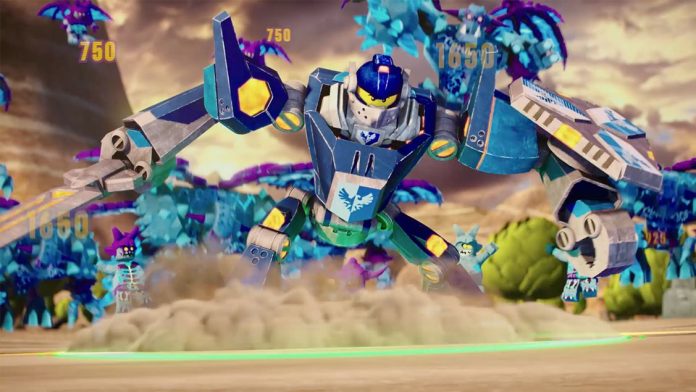 The new name for LEGO’s next IP has been discovered! Starting next year, you can expect LEGO Nexo Knights sets to start appearing everywhere you go.

The theme’s name was discovered along with a list of the sets over at Amazon.de. The following are all of the sets that we should see next winter:

As you can see, there’s a ton of sets scheduled to be released. More than half of these sets are cheap 9.99 Euro sets. Judging by how they are named, my guess is that all the Ultimate [Insert Name]  will be sets based on the main characters of this new universe. However, what will this theme be about?

If you have read out article LEGO Big Bang – What Do We Know So Far? then you know what this theme is all about. Nonetheless, I decided to take all of the information on that article and condense it into a shorter and simpler version.

For starters, this new LEGO Nexo Knights theme is said to be based in a Castle universe, hence why it’s called Nexo Knights. However, there’s a twist to this. Not only will this theme be Castle-oriented, but it will also have a strong Steampunk influence. For those who don’t know, Steampunk “refers to a subgenre of science fiction and sometimes fantasy that incorporates technology and aesthetic designs inspired by 19th-century industrial steam-powered machinery.” Basically, Castle meets steam-powered machines.

That’s basically the gist of this theme. It’ll be based in the Medieval time period, but with a futuristic touch.

Now, how big will this theme be? It has been rumoured that LEGO will strongly market this theme with a series of sets, books, and even (maybe) a TV series. It all remains to be seen, but the theme’s magnitude is expected to be similar to that of Ninjago and Chima.

It would be fun to see the Castle universe meet the Marvel universe. What about The Hulk vs Nexo Knights?

That’s basically all we know so far about this new theme. What are your thoughts about it? Let us know in the comments below!