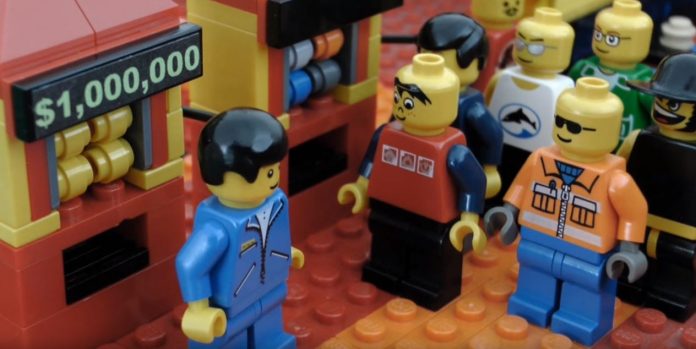 If you’re a fan of Legos like the rest of us, you probably enjoy a funny video featuring Lego heroes. Bringing small Lego figures to life is hard work as we’re sure the creator of this and other similar videos can confirm. That’s just a reason more to appreciate and admire their work and dedication to Legos.

Although they seem nice and cute, not all Lego characters are very friendly. The video features a rather elaborate story about a lucky jackpot winner and a rogue casino head of security who didn’t appreciate the fact the lucky player left his casino $1,000,000 richer than he was on his way in. So, he sent his goons after him to reclaim the briefcase full of cash.

After having his legitimately won money stolen from him, our hero joins up with a few others to organize the great Lego Casino heist and take back what’s his – and a bit of extra on top. We won’t spoil the fun of watching by revealing what happens with this plan, but the video is a proper mini-masterpiece and you’ll enjoy every second of it.

This short video tells the story of what most of us dream about when we enter a casino and it succeeds in developing a rather elaborate plot using just Lego characters and video animations, as characters only communicate non-verbally.

The (un)lucky player featured in the video, however, is rather an exception than the rule, and there are much easier ways to get the money from a casino without having to employ an elaborate heist plan and put everything on the line. In real world, as opposed to the one inhabited by Lego people, casinos are usually happy to pay out any jackpot winnings as it is a great commercial for them.

That’s exactly the experience one lucky Norwegian student got to have after landing a massive €11.7 million jackpot at a Scandinavian “nettcasino.” The young man landed the massive progressive jackpot at one of the most popular progressive slots called Mega Fortune and he was paid promptly. As far as we know, no one from the casino tried to steal his winnings from him, either.

To make this story even more shocking, the lucky student, who preferred spending his time betting on sports, only decided to try his luck with Mega Fortune because the casino gave him some free spins. These free spins turned into almost €12 million in a matter of minutes.

It just goes to show you – when Lady Luck is on your side, everything will go your way. Unless you play at Lego Casino, that is, in which case you should probably call in some backup if you happen to win big. 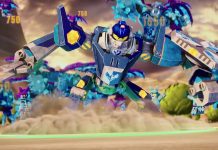